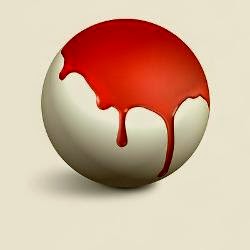 Hush looked down at the traffic on Larch Street from the window of the second floor of the medical building, watching people step off the curb and negotiate the melting snowbanks, hopping over the puddles in their path. A pair of taxi cabs drove by the Coulson hotel, spraying a little old lady and her dog with the dirty off-white colored slush mixed with road salt that was everywhere. The woman threw her arms up in exasperation, inadvertently jerking the terrier-mutt back on its leash. The dog looked back at its owner, then shook the street water off his fur, spraying the lady again.
This city is always so fucking ugly in the spring, he thought.
The door opened behind him, and Hush stood up and turned around.
“Hello Mr. Falibur,” the man said. “I’m Doctor Nguyan. Please, sit down.” Despite how his last name was spelled, he pronounced it Wynn.
“That bad?” Hush asked.
The doctor was wearing a white coat with a pen clipped to the chest pocket with faded blue ink stained at the bottom. He was a brown man, but that didn’t bother Hush. East Indians were real smart motherfuckers, they made good doctors. What did bother Hush was that stain. He couldn’t take his eyes off of it as the physician said Hush’s frequent migraine headaches and muscle pain were symptoms of neuroendocrine cancer. The doctor said the cancer was a slow burn. Hush probably had it since he was in his twenties, little lesions on his kidneys and liver and on his brain just sitting there all this time dormant and undetected….until now.
Ink is tough to get out in the wash, he thought. The doctor was sitting on the examination table using words like biopsy and malignancy and worrisome but Hush wasn't really listening to any of it.
How can a man smart enough to be a cancer specialist walk around with an ink stain on his fucking clothes for everyone to see? He can’t afford a new lab coat? Maybe he’s a degenerate gambler. His name sounds like “win” but maybe he’s a loser. Could be he’s on the sauce or into pills, he thought.
Many years ago it was Hush’s job to collect bad debts, and in that time he had dealt with a lot of young professions just like the doctor sitting across from him now.
The more money they made he thought, the faster they pissed it away on the ponies or football or whatever the fuck.
“Do you understand, Mr. Falibur?”
Hush nodded slowly, still wondering what the stain might indicate about the doctor’s competence or lack thereof.
“How long?” Hush asked.
The specialist paused and pressed his lips together into a thin line.
“Well, we have a form of radiation therapy that has been very successful treating your type of cancer. I’m confident it would slow the disease in your kidneys and liver down to a crawl, however the tumor on your cerebellum is quite aggressive.”
“How long?” Hush asked again.
“That all depends,” the doctor said. “Are you a fighter?”